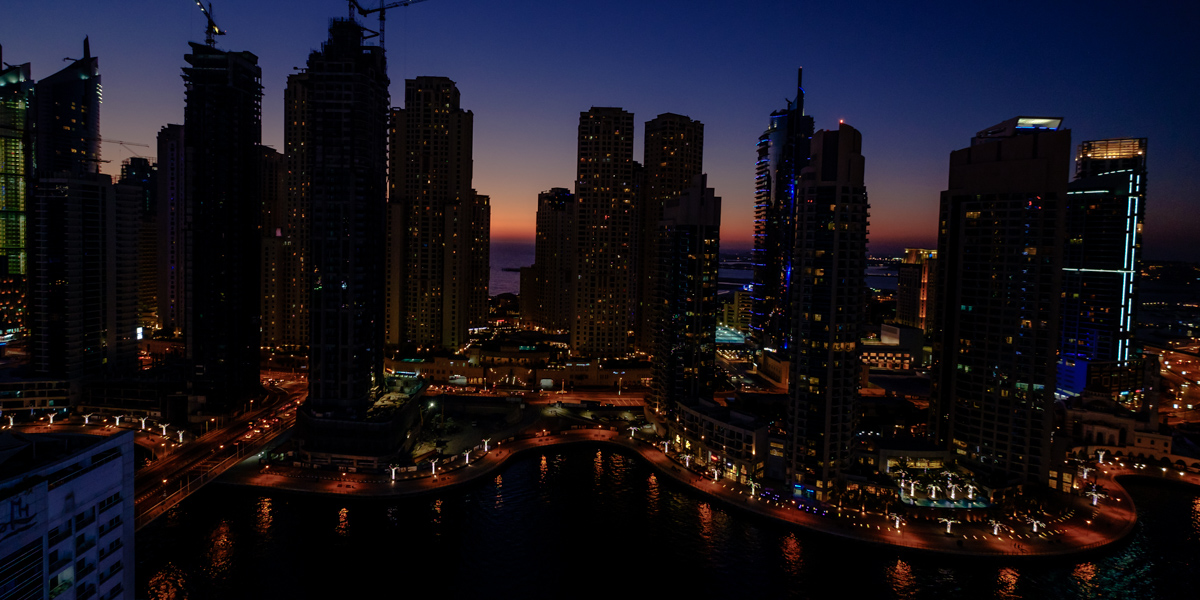 The Overberg is often overlooked by tourists as a travel destination, which is a pity since it has so much on offer to the curious traveller.

Roughly translated Overberg means ‘over the mountain’, which indicates the area to the south-east from the Cape peninsula which is indeed on the opposite side of a range of mountains. This is mostly an agricultural area that offers beautiful scenery throughout the year ranging from rolling farmlands to vineyards, mountains, and anything in between.

A common sight in the Overberg – farmland. (Photo : Jacques)

The first stop for us here was the beautiful little village of Elim. 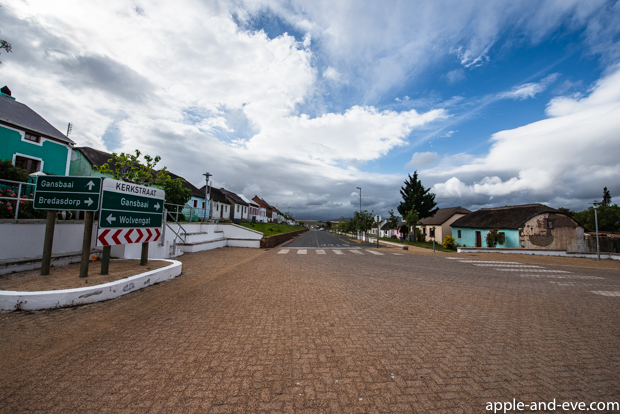 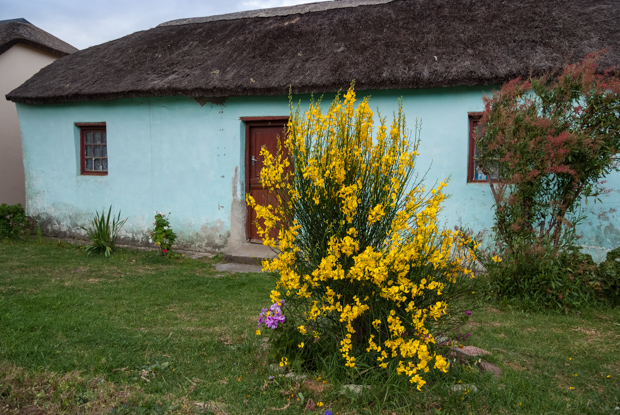 A cottage on the main road. (Photo : Dick) 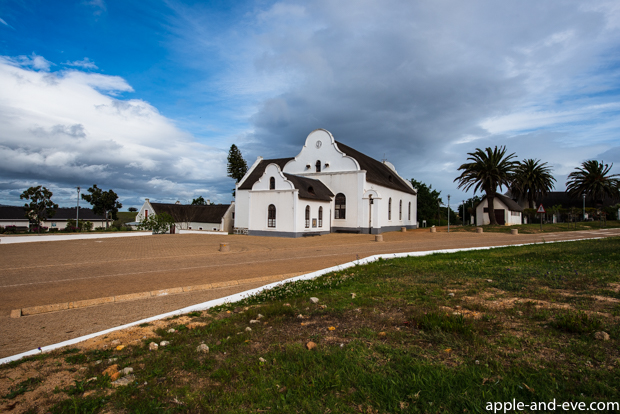 The church of the village, located at the upper end of the main road. (Photo : Jacques) 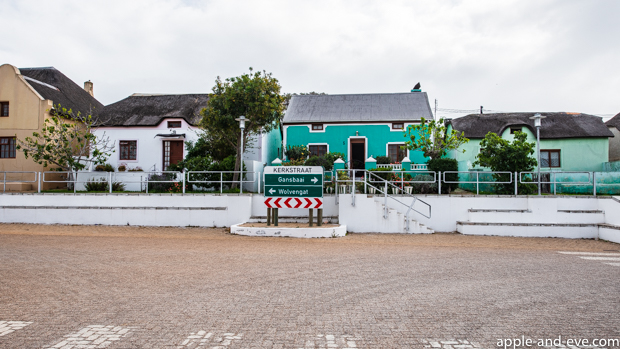 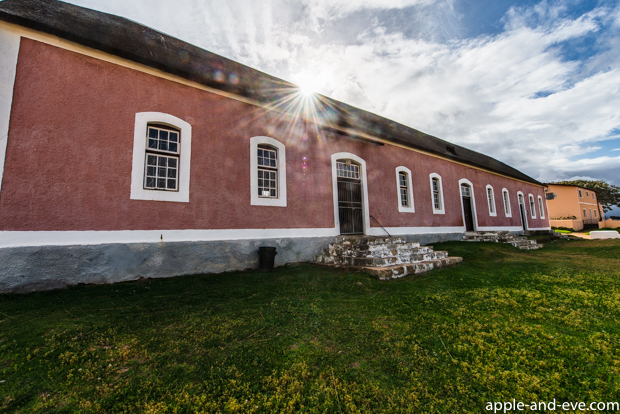 Monument and museum depicting the end of slavery. (Photo : Jacques)

When driving through the Overberg you need to be on the lookout for interesting sights along your route, you never know what you might find! 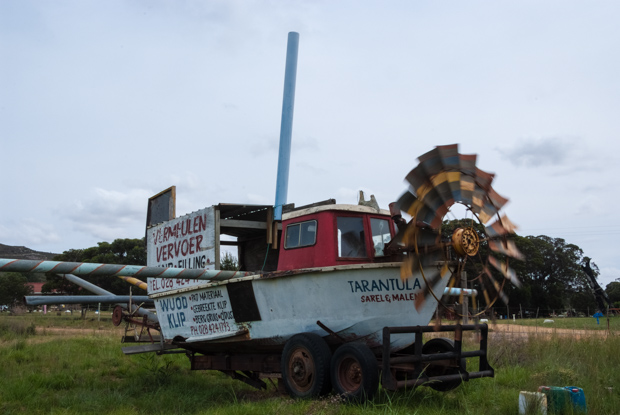 Not sure what you’re looking at? Don’t despair, neither could we 🙂 (Photo : Dick) 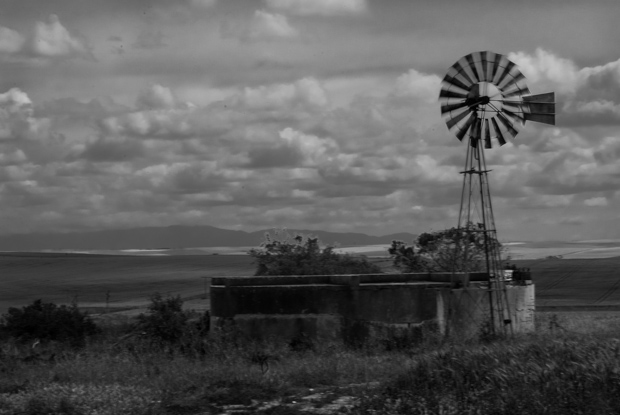 Of course there is more to the Overberg than just farmland. The area also offers other areas of natural beauty such as nature conservation reserves. 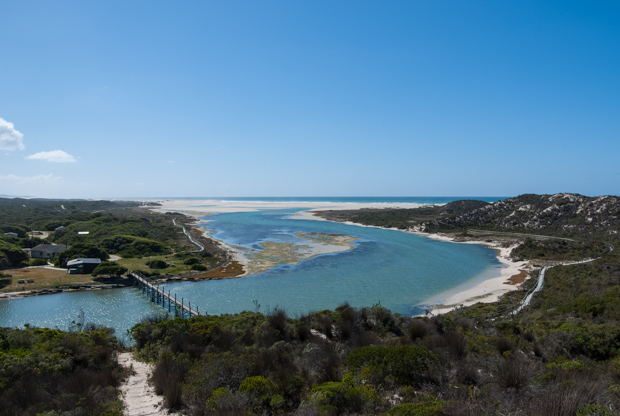 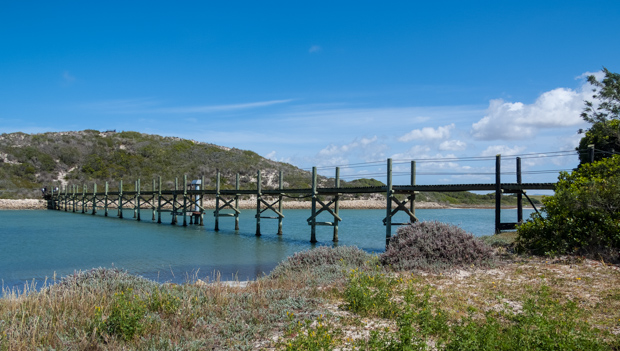 Flowers on the beach at De Mond. (Photo : Dick)

Exploring some of the towns in the area is also worthwhile. 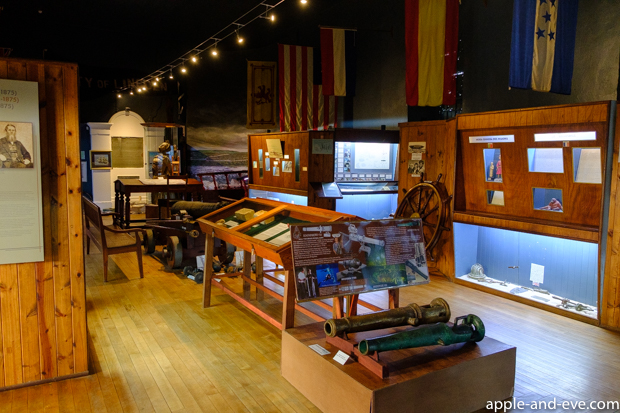 Inside the shipwreck museum in Bredasdorp. (Photo : Jacques) 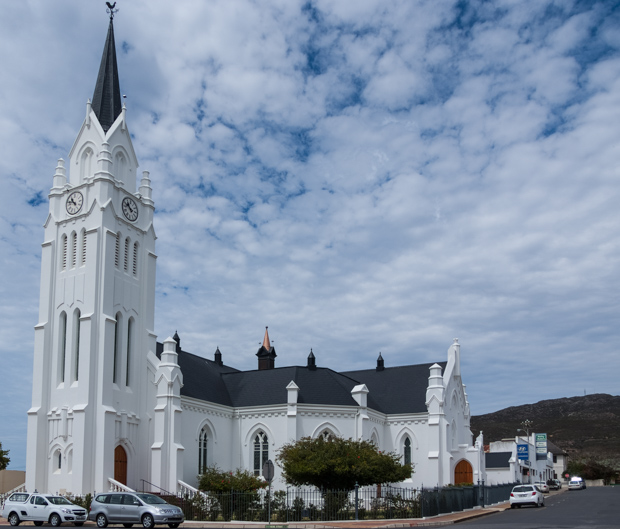 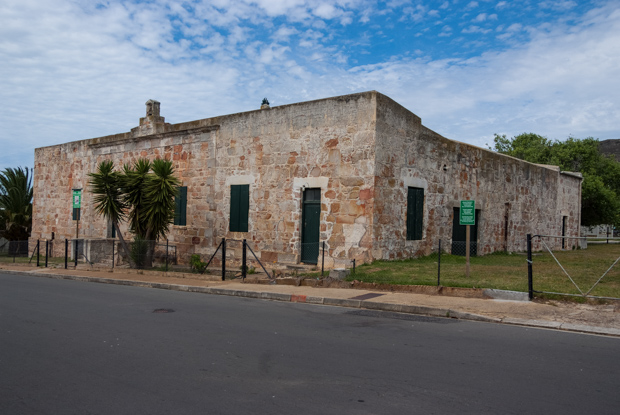 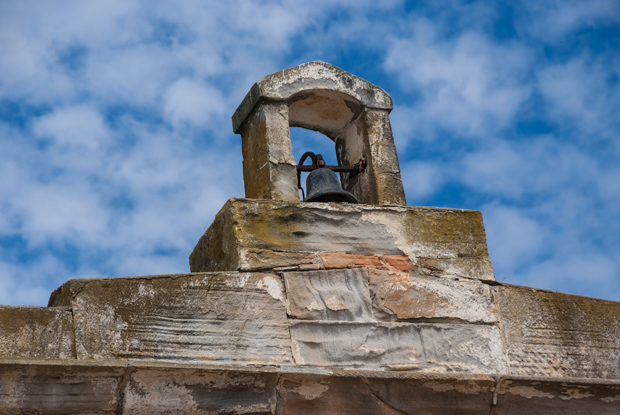 Bell at the rooftop of the old jail. (Photo : Dick)

Inside another museum, this time in Caledon. (Photo : Dick) 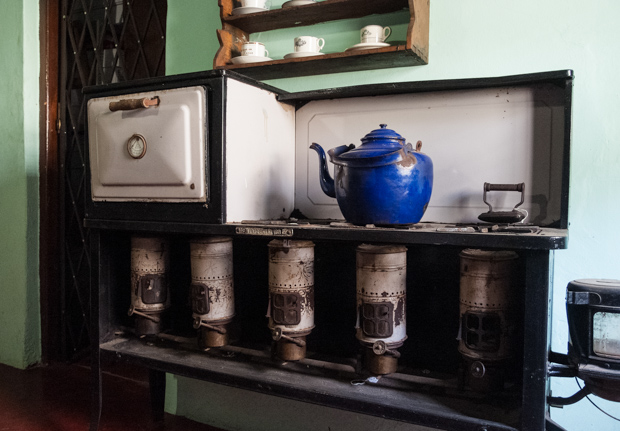 The village of Genadendal has a whole section of the original village designated as a living museum.

The buildings have been beautifully restored and depicts life as it was many years ago. 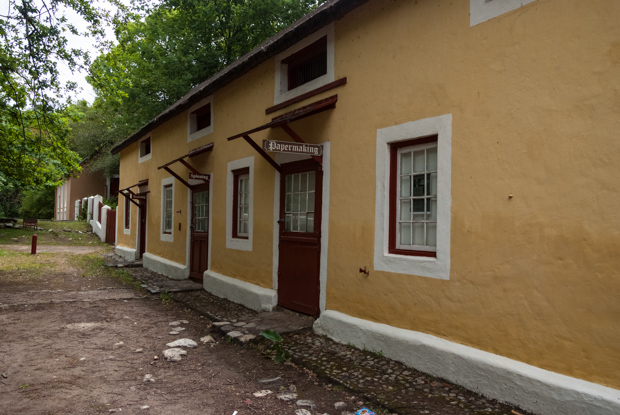 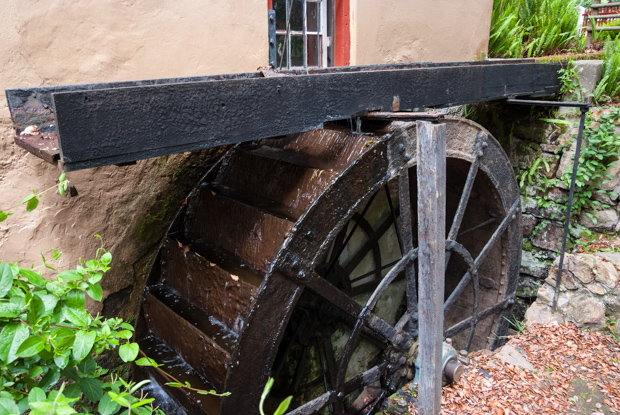 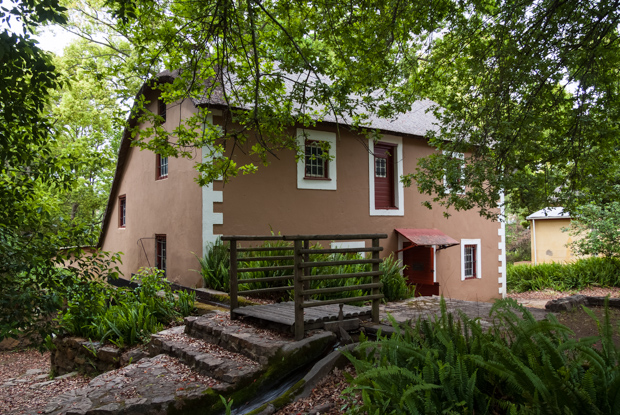 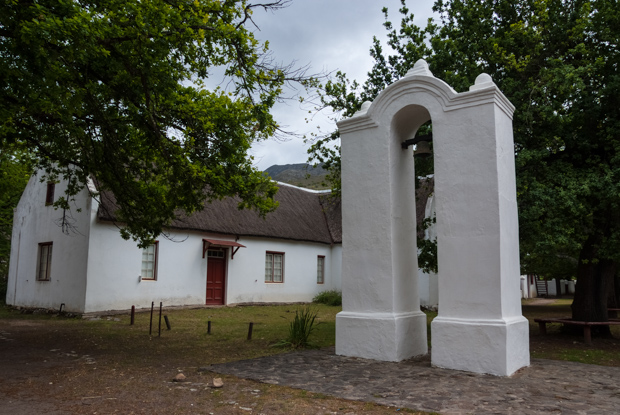 If you don’t mind driving on dirt roads then you will be rewarded with sights that are easily missed on the main roads. 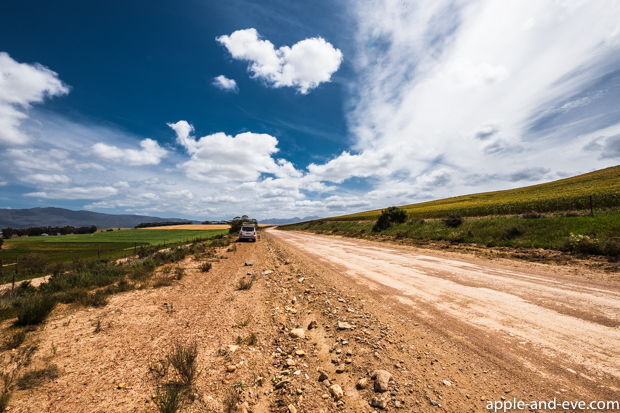 Driving off the beaten track in the Overberg. (Photo : Jacques) 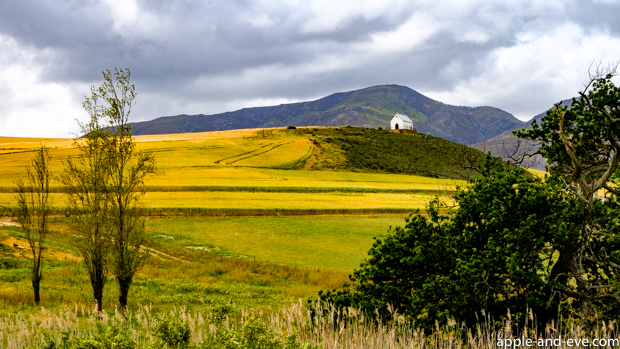 Little chapel at the top of a hill. (Photo : Jacques)

Our tour of the Western Cape came to an end all too soon and with many sights still unseen, but one can only do so much with limited time.

In retrospect all of it was really worth it and it is easy to recommend doing this!

Until next time – happy travelling !

← Touring the Western Cape: Part 6 – The southern tip of Africa
Dragging the shutter →