In search of a shipwreck 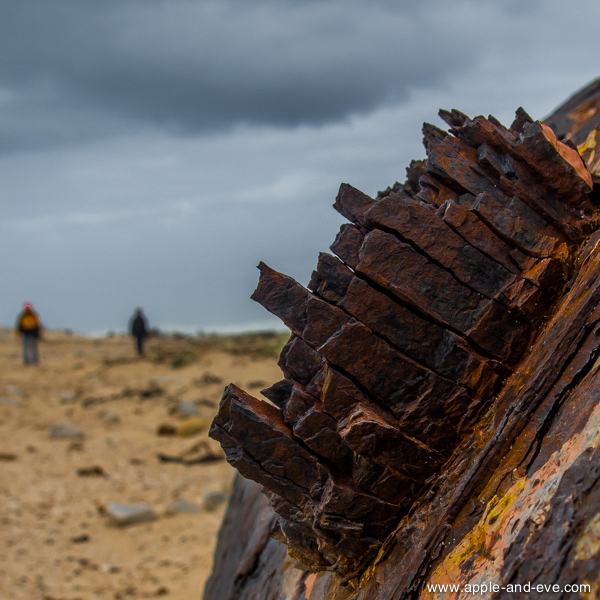 There’s a good reason why Cape Town is often referred to as the Cape of storms: it’s coastline has gained a reputation for being one of the most treacherous in the world.

Many a ship has run to ground here over the years, even in modern times. One such unfortunate ship is the Thomas T. Tucker that got shipwrecked at Olifantsbos at Cape Point on November 27th 1942. Built by the Houston Shipbuilding Corporation as a weapons and troop carrier, she was named after Thomas Tudor Tucker, a politician from Charleston, South Carolina. She sailed from New Orleans heading for Suez, staying close to the coastline to avoid detection by German U-boats that patrolled the area. Heavy fog and rough seas, coupled with the captain mistakingly believing they were near Robben island, caused her to run aground. Fortunately no deaths resulted from the incident. A subsequent investigation revealed that the compass was out by 37 degrees.

Jaunine and I were part of a small group of photographers that recently decided to follow the trail at Olifantsbos, part of the Cape Point Nature Reserve, leading to the shipwreck. Although it was a cold overcast day it was quite a pleasant walk and quite remarkable to find the many pieces of shipwreck that survived more than 70 years of pounding waves!

Below are some of the photographs we took during this walk. 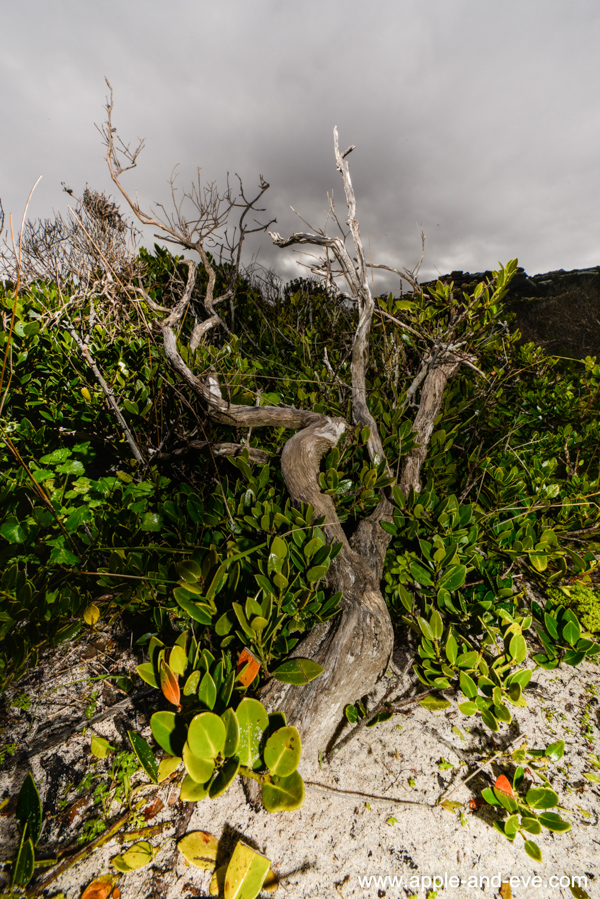 Some of the vegetation found on this coastline. Jaunine used flash to make it stand out against the grey clouds. 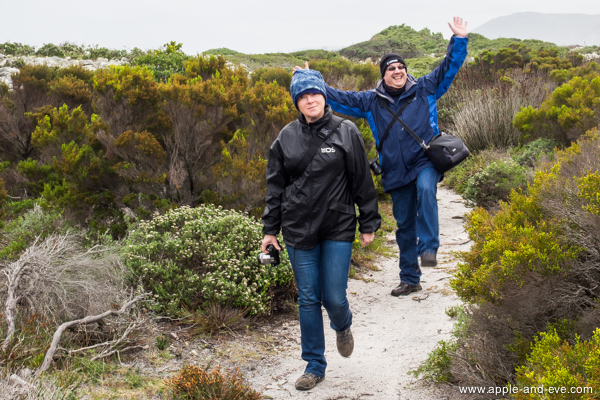 Geraldine and husband Pascal. It was Pascal’s idea to walk the trail and here he seems quite happy about it too 🙂 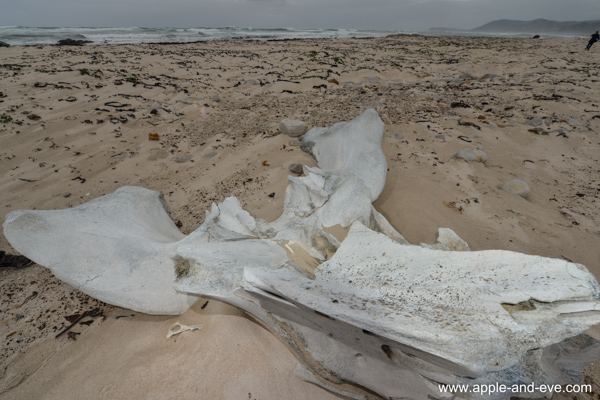 Jaunine got this shot of a skeleton (presumably a whale) we came across while walking along the beach. 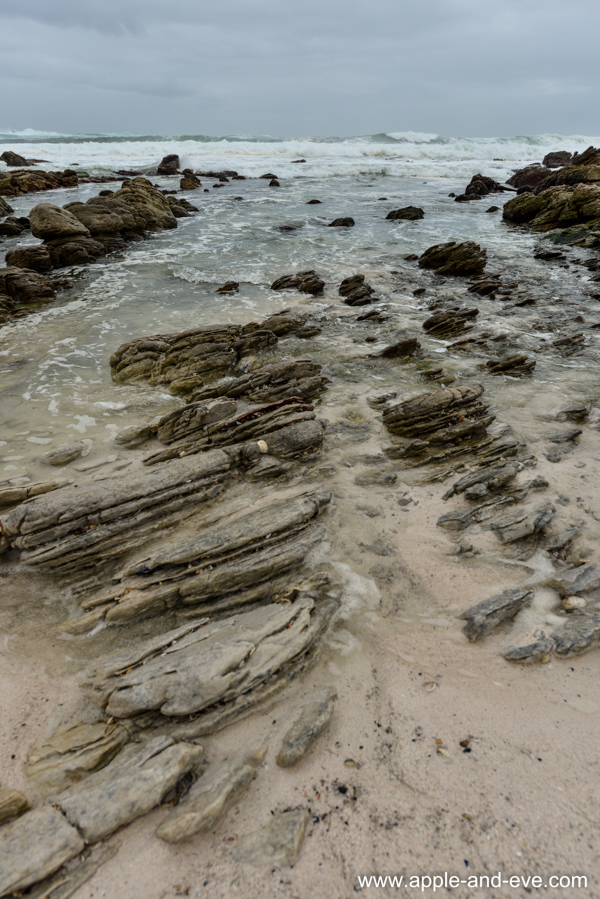 Although not a very long walk from the parking area to the wreck, it still takes quite a bit of time since progress is slow on the soft sand of the beach. That did not stop us from having fun along the way! 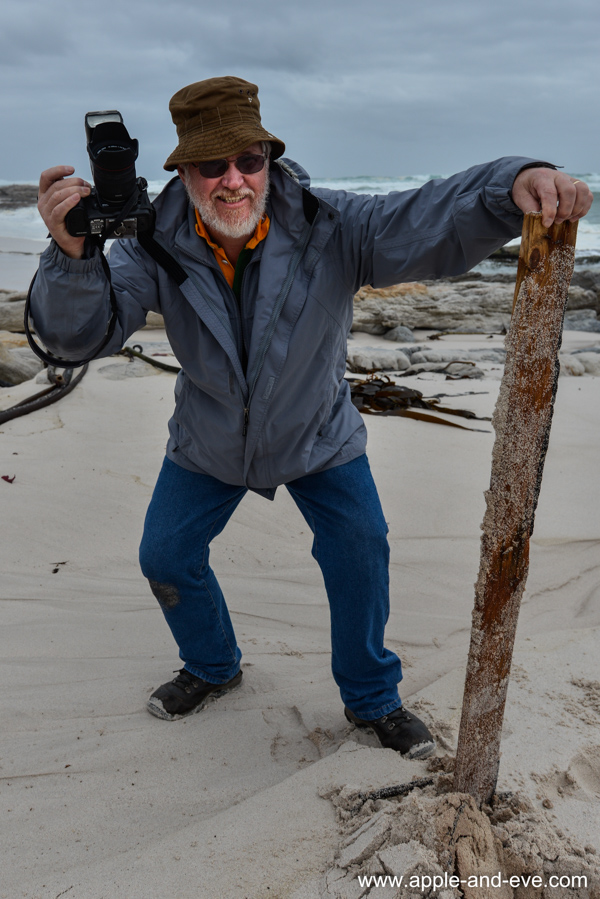 It was not a dull walk at all, we had much merriment along the way – here Jaunine caught Steyn pulling faces and growling at her 🙂 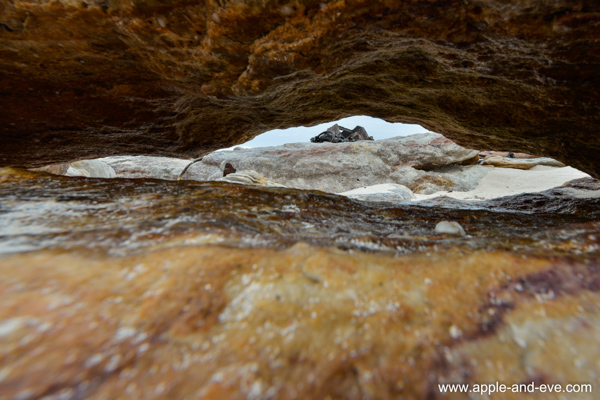 Being the master of an ultra wide-angle lens, Jaunine put her skills to good use with this shot en-route to the wreck. 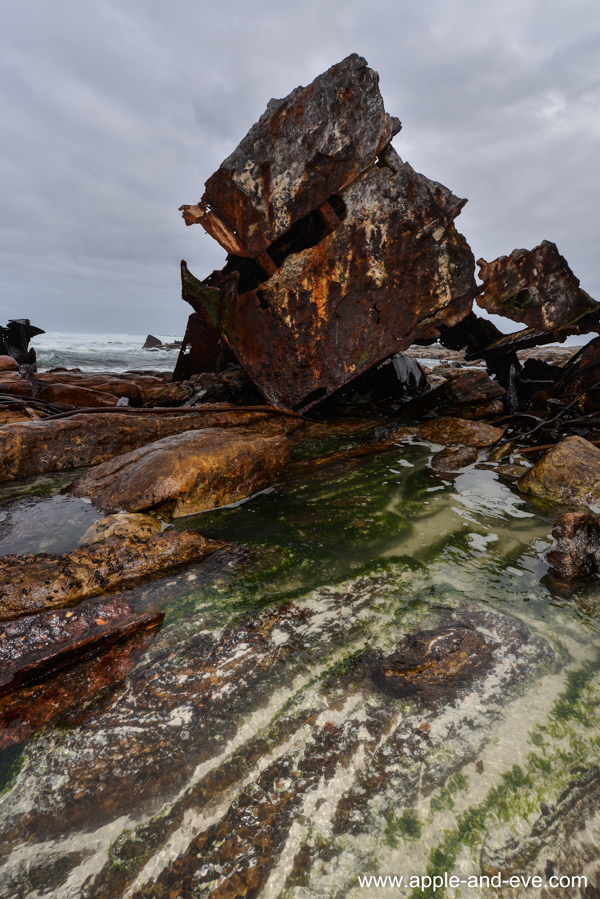 Finally the wreck came into view – or at least the remaining chunks of it. 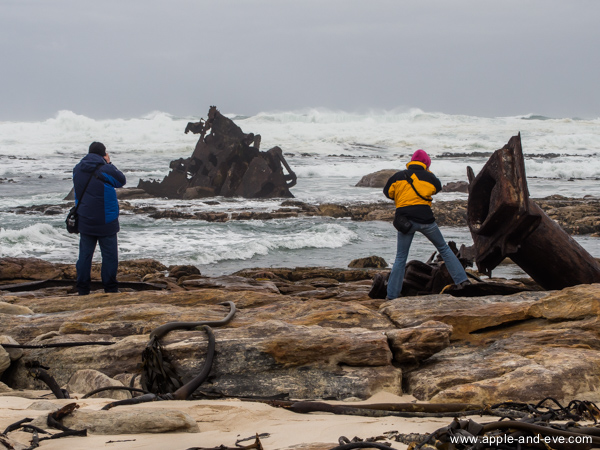 Photographers snapping away at the chunks of shipwreck metal. 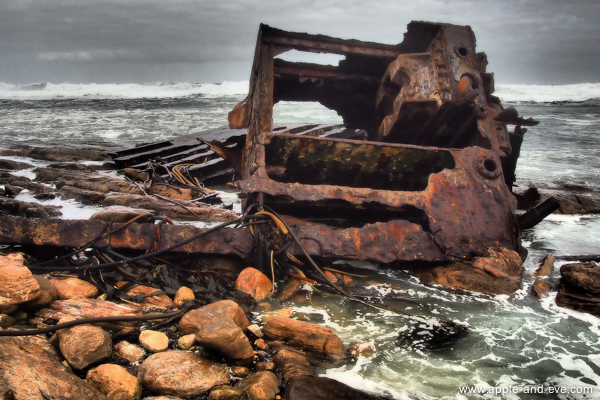 I had my little travel camera set to “dramatic tone” to add punch to some of my images. 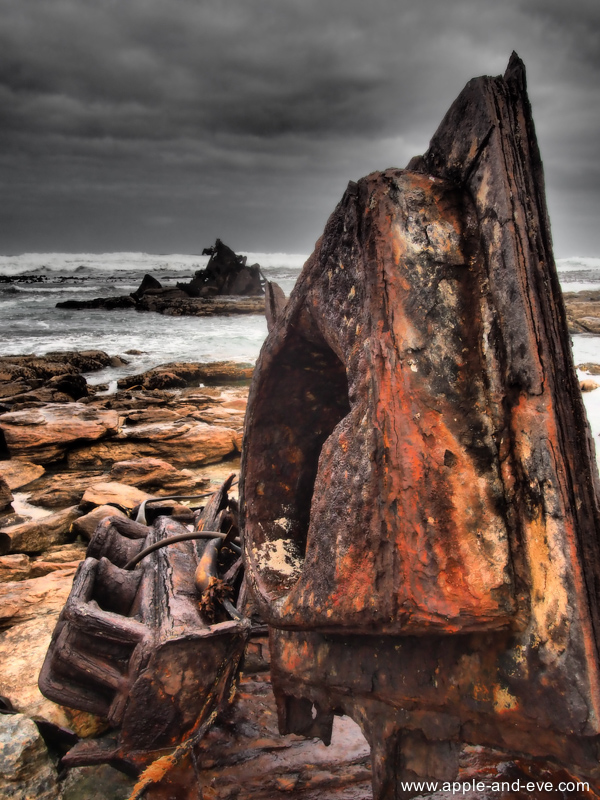 The rust made for some nice colours. 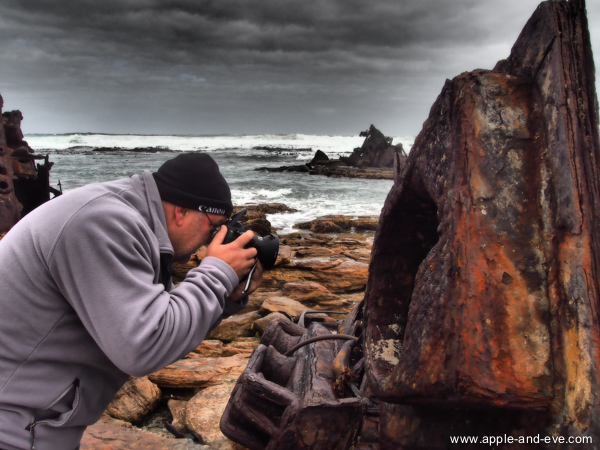 Johan was blissfully unaware of me photographing him 🙂 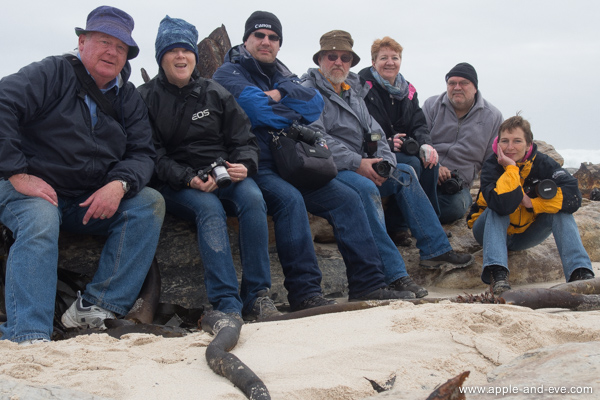 The band of merry photographers at the end of our walk.

What started out as an easy half-day excursion turned into a walk that took much longer, but nobody really cared since we had much fun, and ended up having some images to show for it. The cold weather also made it a lot less tiresome which suited me just fine!

As always, feel free to post any comments below.

← Seven days of Delicious Mauritius
Welcome to our adventure! →

5 comments for “In search of a shipwreck”