Apple and Eve at the ballet: Part 2 – The Sleeping Beauty 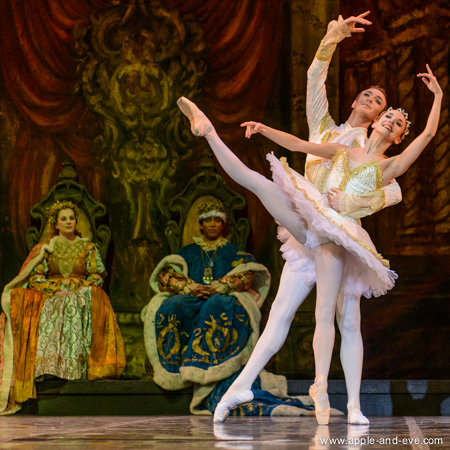 Sleeping Beauty is a true classical ballet performed to the magnificent music of Tchaikovsky and tells the story of Princess Aurora, first child of King Florestan the XXIVth and his Queen.

The images here were shot of the ballet performed by CTCB (Cape Town City Ballet) and guest artists at the Artscape opera house in Cape Town. See also previous blog posts  on the lead-up to this ballet – my behind the scenes look, and also Jaunine’s different perspective.

The christening of the princess is celebrated by several fairies, the most notable and powerful being the Lilac Fairie. However the festivities are interrupted by the unexpected arrival of the evil fairy Carabosse and her minions, furious for not having been invited to the christening.

Carabosse places a curse of the baby princess – she will die on her sixteenth birthday after she pricks her finger with a spindle !

Fortunately the Lilac Fairy intervenes. She alters the curse to instead cause a 100-year sleep rather than death for the princess.

The Lilac Fairy to the rescue.

Sixteen years later the beautiful princess Aurora celebrates her birthday. She is courted by several suitors introduced to her by her doting parents. 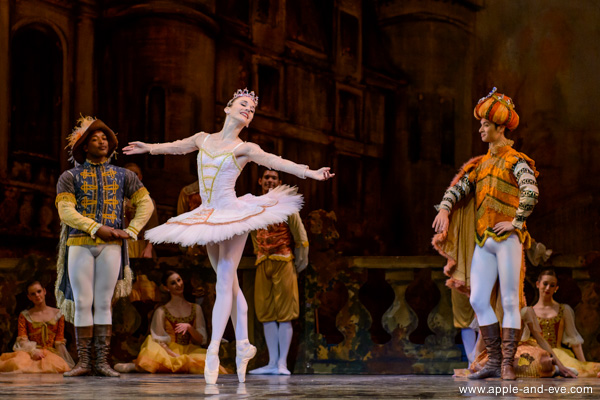 How lovely and carefree on her sixteenth birthday ! 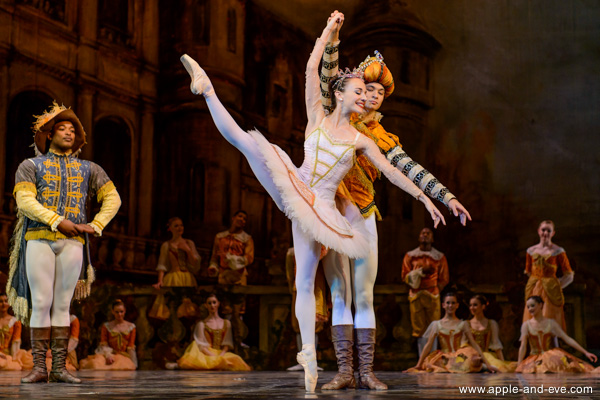 One of the suitors courting the princess.

A stranger gives her a spindle but she pricks her finger… bringing Carabosse’s curse to pass ! 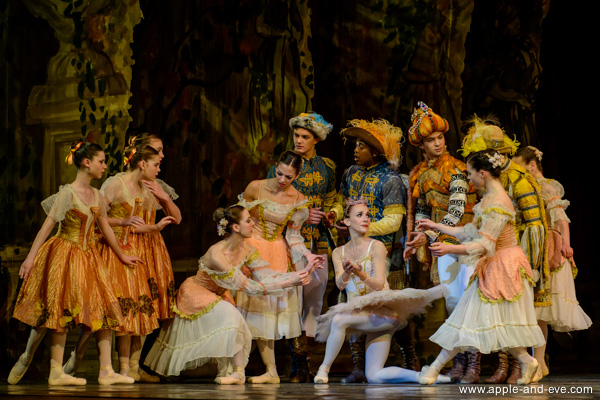 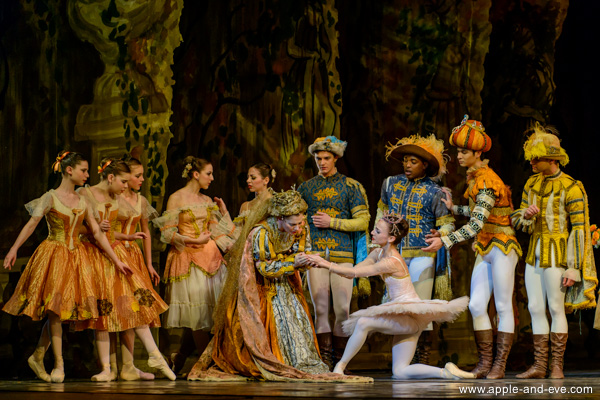 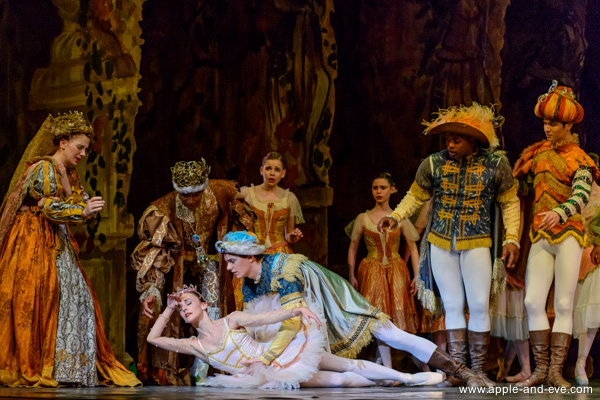 The stranger who gave Aurora the spindle turns out to be the evil Carabosse, who openly gloats over her perceived victory. 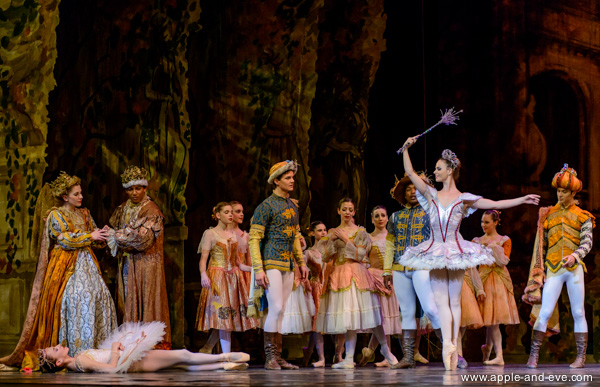 As promised sixteen years ago, The Lilac fairy comes to the rescue and casts a deep sleep over all present.

The Lilac Fairy casts her spell.

A hundred years later Prince Florimund, whilst on a hunting party with friends, is met by the Lilac Fairy. She convinces him to awake Aurora with a kiss. 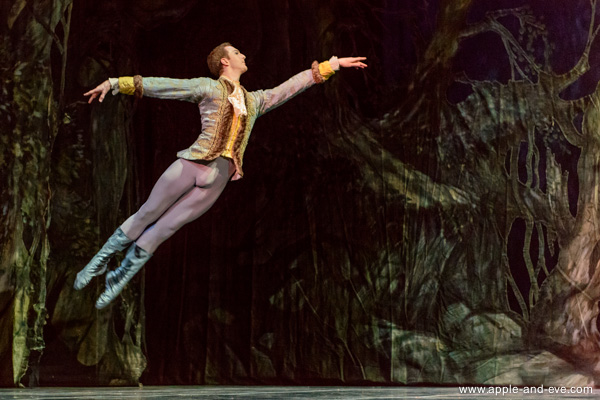 The prince arrives in the forest. 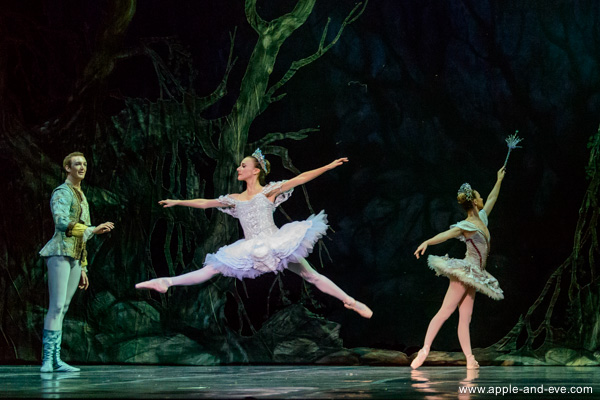 … and Aurora is saved by a kiss from the prince.

They fall in love.

Back at the castle everybody awakens and the King and Queen are elated. The prince proposes marriage. The ceremony is attended by many a dignitary. 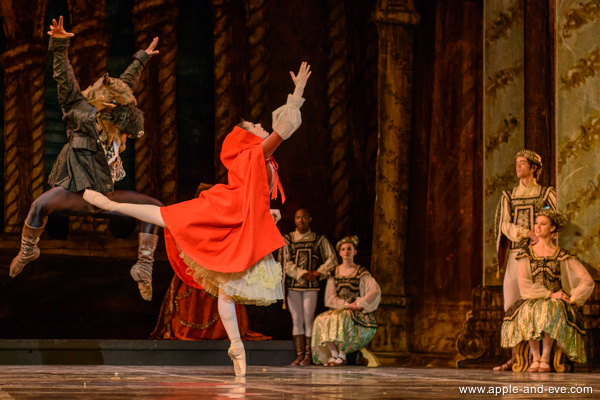 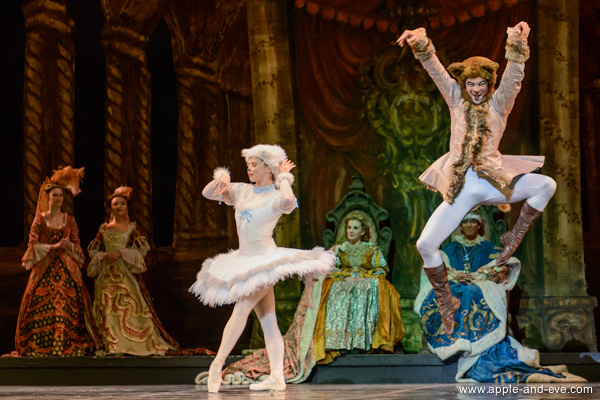 … and so did Puss in Boots and the white Cat. 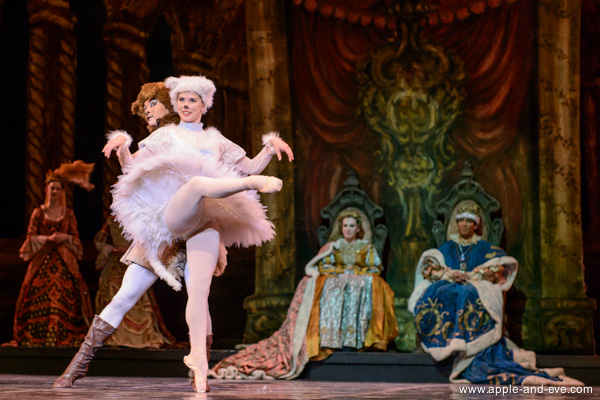 It was a festive and happy wedding.

The prince and princess lived happily ever after ! 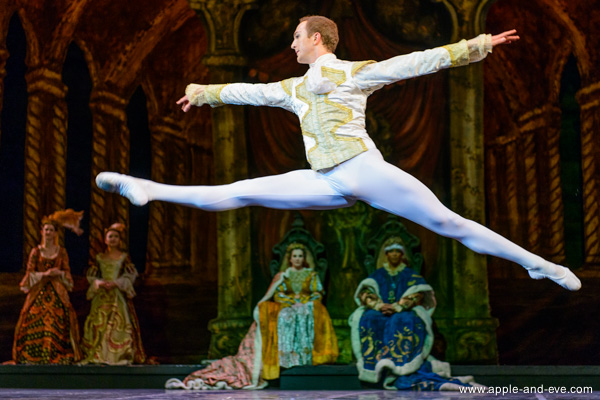 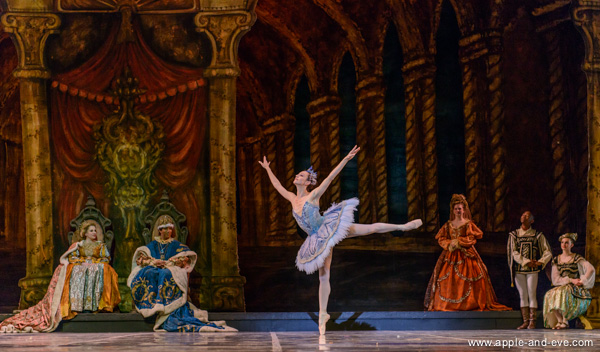 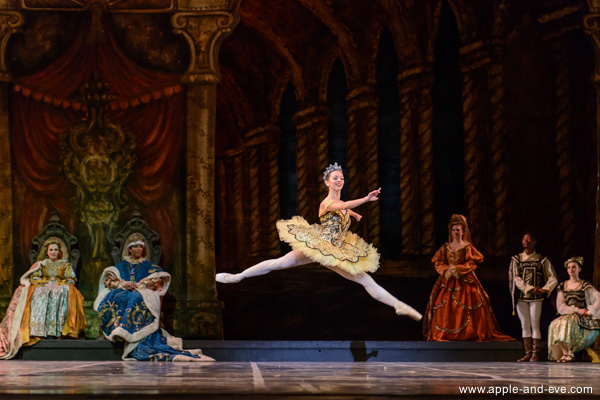 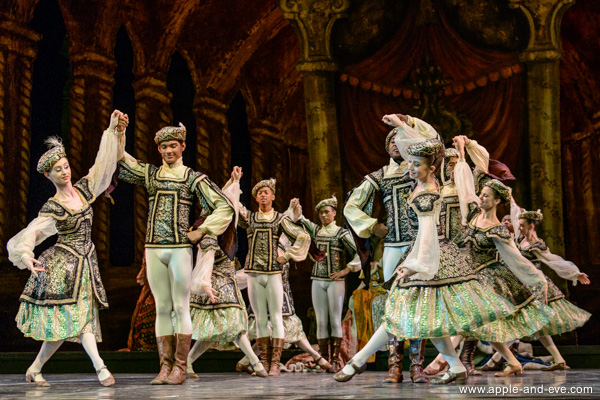 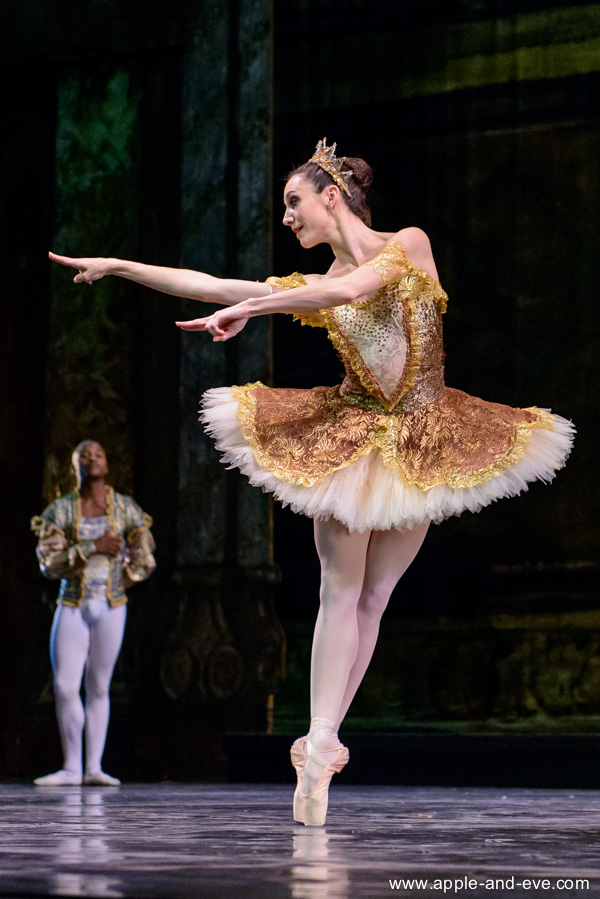 Cheers all round for the Cape Town City Ballet for staging such a magnificent ballet !

It was pure joy being able to photograph these wonderful artists while they were preparing for this production. My deepest appreciation goes the artists and management of CTCB for indulging me in my quest for capturing their beauty and grace. Next time I might just take you up on your invitation to rehearse with you!  🙂

As always, feel free to post your comments below !

7 comments for “Apple and Eve at the ballet: Part 2 – The Sleeping Beauty”