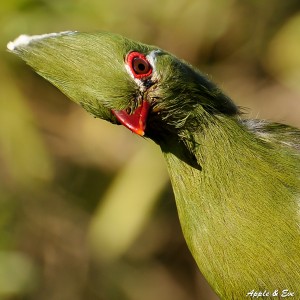 We are not really into bird watching or bird photography at all, but from time to time we do get the opportunity to take some photographs of birds. It’s not that we don’t like birds, we actually do, but we simply don’t find it very stimulating from a photography point of view – but that is purely a personal preference, there are many photographers that do love it, and many excel at it – we don’t 🙂

However, that does not mean that we never have any fun with it, we actually enjoy it on the rare occasion that we do get round to it, and here are only some of the images that we have taken.

Award-winning image by Jaunine – Early morning shot of some ducks taken at a nearby duckpond. The shot above and the next series of images were captured recently at Bird Island, situated at the harbour in Lamberts Bay, which is located on the west coast of South Africa. 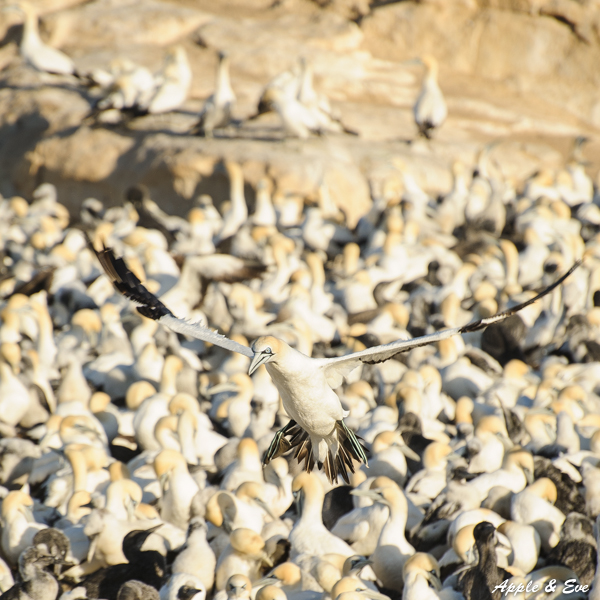 A colony of Gannets squeezed together on the island – notice the one trying to land in the group! 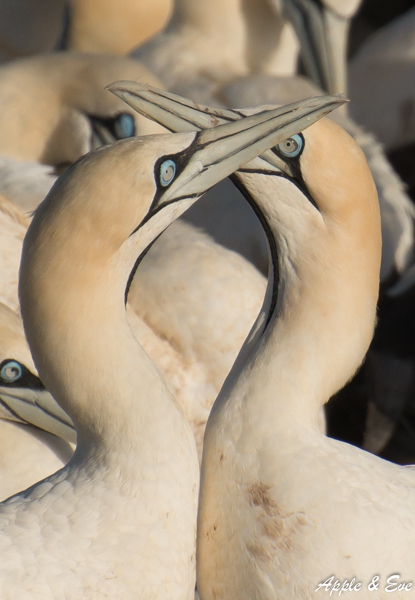 A beautiful image of a gannet couple taken by Jaunine. 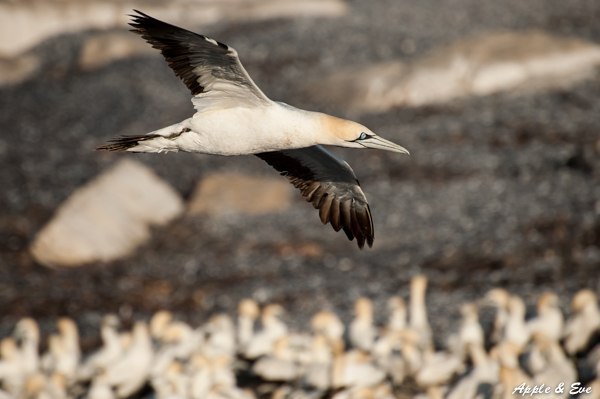 While Jaunine was taking beautiful shots of “couples” I was practicing shooting birds in flight.

Not all images shot at Lamberts bay had birds as the centre of attraction, the next image is of a boat anchored just outside the harbour with birds flying around it at early morning. 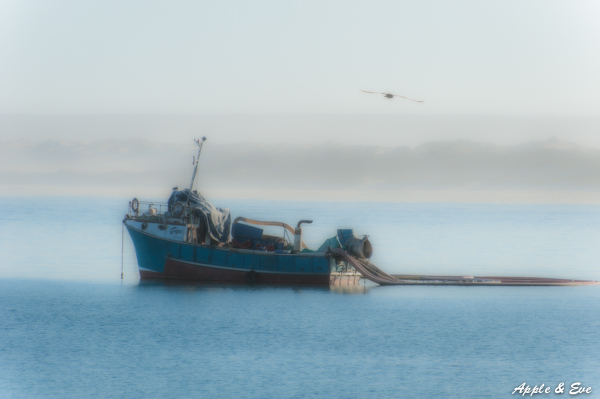 Meanwhile, an argument broke out right behind me on the harbour wall :

Not far away from home is another bird sanctuary called Intaka Island which is very popular with bird-watchers and photographers alike, but during a quick visit one recent Saturday morning we did not have much luck finding gorgeous birds….

This fellow did not look keen on entering the water, maybe it was too windy 🙂

… but some of us looked the part!

Keen bird watchers – the only problem was that there was little to watch.

The one advantage of not being seriously involved in bird (or wildlife) photography is that we save a considerable amount of money by not having to buy expensive telephoto lenses. Like Ian remarked while we were at Intaka Island after seeing some serious lenses being hauled around by some obviously serious photographers – “I feel intimidated by all these huge and clearly expensive lenses, and I’m not even a photographer or have a camera!” 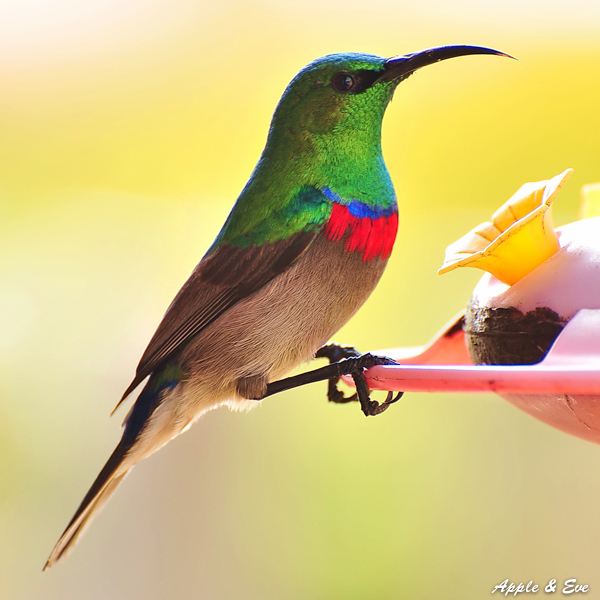 A little Sunbird shot in the garden of friends.

A peacock shot by Jaunine early morning at the edge of a golf course. 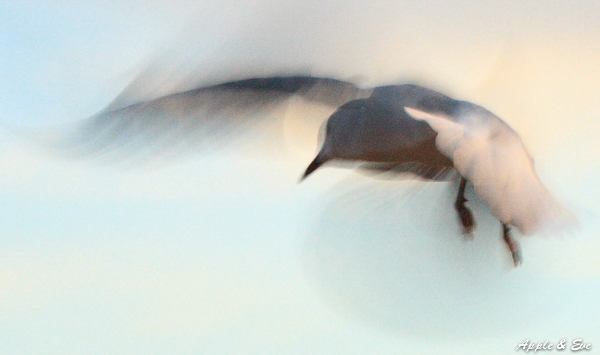 A somewhat abstract image of a seagull on landing approach.

Last but not least – no set of bird photo’s will be complete without at least one showing Jaunine chasing some unsuspecting seagull ! 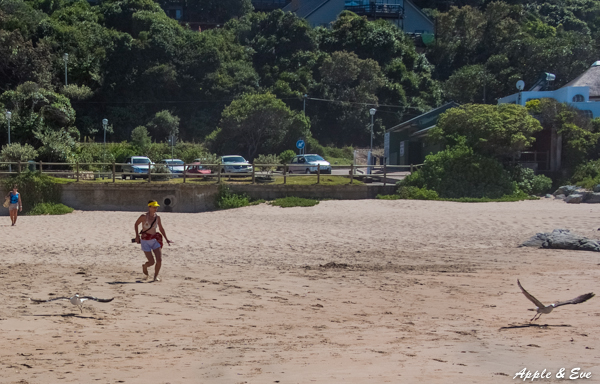