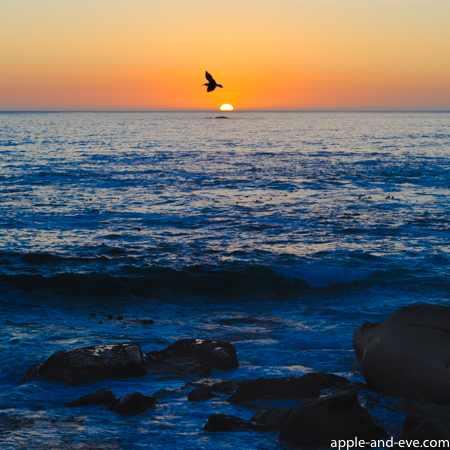 That is perhaps the best single word description of the beach areas that surrounds the beautiful city of Cape Town.

As part of our tour of the Western Cape a visit to one or more of the beaches is a must, so here we go !

Since any thoughts about Cape Town very often conjures up images of iconic Table Mountain I will kick off with several images shot at Bloubergstrand that features Table Mountain as the backdrop. 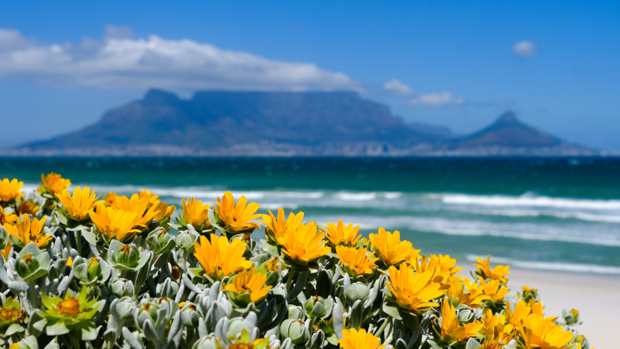 Wild flowers growing on the beach at Blouberg. (Photo : Jacques)

Robben Island in the distance – this was where Nelson Mandela was incarcerated. (Photo : Jacques)

Moving from Bloubergstrand in the west to the eastern side of the Cape peninsula we find several beaches in a row, each offering splendid views. 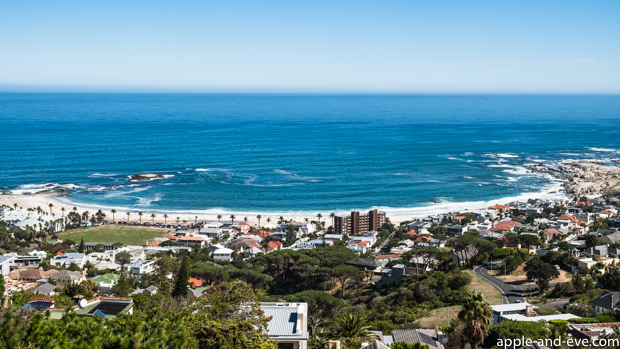 Between the beaches on the west and east sides of Cape Town we find Sea Point, a very popular tourist area that often offers some protection against the south-easter wind in the summer. 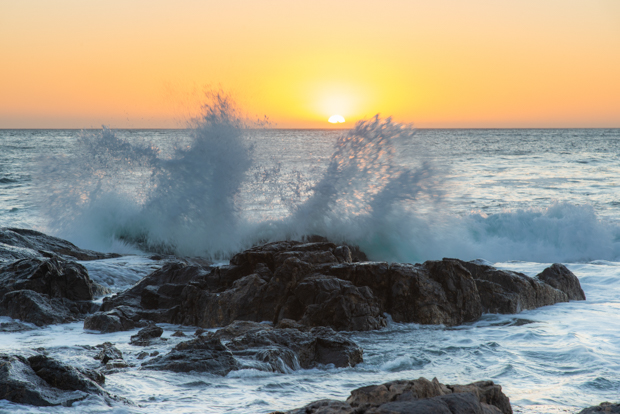 Sea Point, as the sun is about to set. (Photo : Jaunine)

Some years ago a decision was made to develop an area in the Cape Town harbour and turn it into a tourist attraction. The Victoria and Alfred Waterfront was born and became an instant success, drawing huge numbers of tourist and locals alike to the many shops, restaurants, and other attractions.

The Big Wheel at the Waterfront, with Table Mountain at the back. (Photo : Jaunine)

It is at sunset and early evening that the Waterfront comes into its own.

Same view of the ferris wheel, but now as seen at blue hour. (Photo : Jaunine) 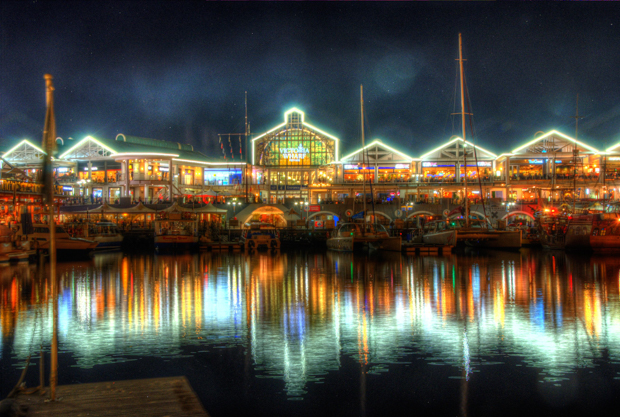 Night-time view across part of the docking area towards Victoria Wharf. (Photo : Dick)

View from Victoria Wharf across the dock, with some restaurants in the foreground. (Photo : Jacques) 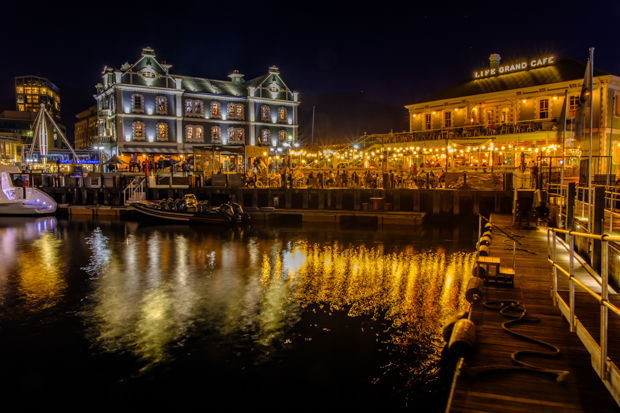 The Western Cape has much more to offer than beaches with photo opportunities, for those with in interest in fauna and flora there is much on offer too.