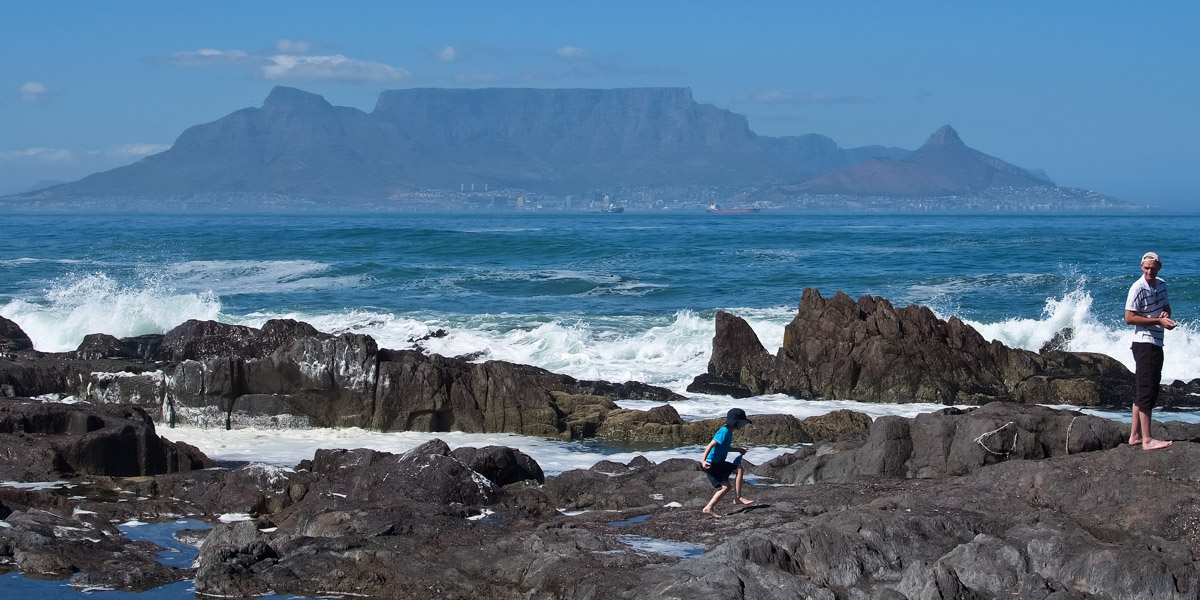 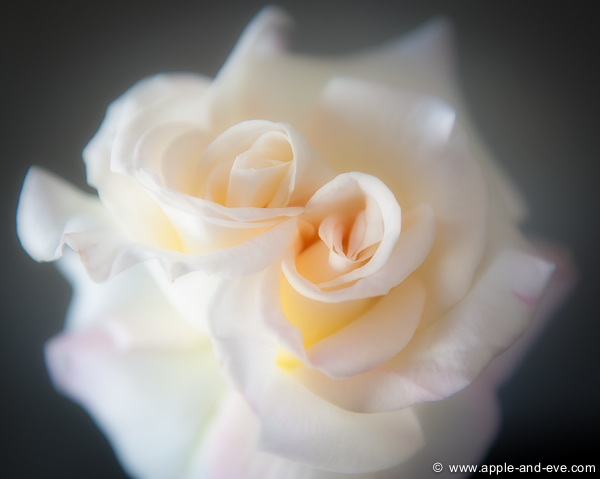 Many photographers will be quick to point out that photography is all about light, it is after all the process of capturing light. This is true to some extent but there are far more subtle issues at stake than just “capturing light”…Used correctly the way that light has been captured can make all the difference in the appearance and feel of an image. A lot has been published on this topic and there is much to say about it, but since this is a blog and not a handbook I will restrict myself to just a few concepts.

Apart from using light to properly expose a scene or subject, light can also be used to highlight certain aspects of an image, or to reveal (or hide) details where required. Take the following images as an example: 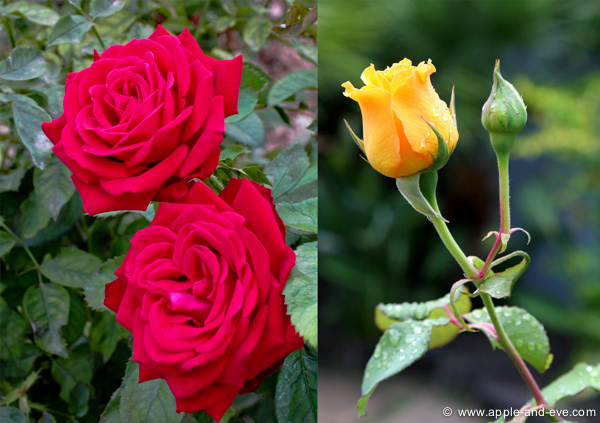 The light is evenly spread on the red rose on the left, making it somewhat “flat” and boring even though most people like the sight of a red rose. The yellow rose on the right however employed slightly more directional light which reveals the finer details in the flower petals – far more interesting than the rose on the left.

The lighting on the red rose on the left was such that slight shadows were employed to create some depth to the image whereas the image on the right did the same but went a step further by altering the direction of the light slightly to enable the details in the flower petals to be also revealed. In this example diffused light was employed to reveal detail, making a subtle difference to the look of the image.

The main light source need not always be in front or to the side of the subject, it can be behind the subject, in which case we refer to it as backlighting. This technique works well with portraiture to add some highlights to a person’s hair, but it can also be employed in other type of photography as can be seen in the next example : 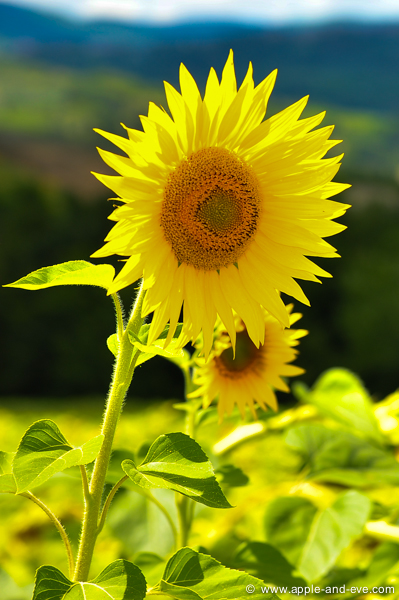 Strong light coming from behind the sunflower lights up the petals beautifully while also revealing some details in the petals.

The soft glow from the light through the yellow petals is enough to light up the centre of the flower, emphasising the rich colours of the sunflower.

Backlighting can also be employed to add some drama and emotion to an image as can be seen in the next classic image taken by Jaunine. The setting sun was used as a backlight source to create a unique feel to the image.

Jaunine was quick to realise that the setting sun can be used as very effective backlighting when the donkey cart approached and she was ready for it, while the rest of us present were just gawking!

In the next image I used harsh, directional light to focus the viewers attention on the orchestra conductor (well not really a conductor, but a good friend playing the part!) to add a sense of drama and tension to the image. I also used shadows to hide parts of the image to add to the effect that I was looking for. 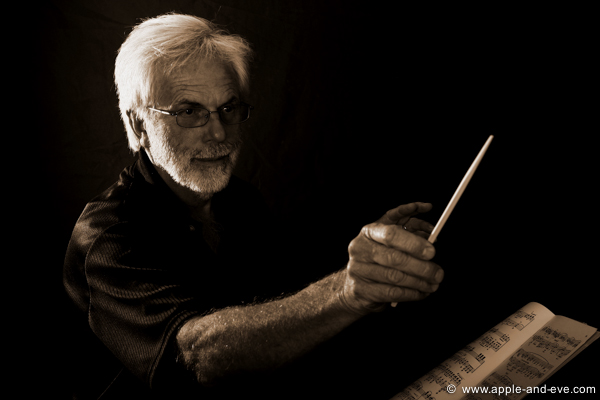 Hard directional light, combined with deep shadows adds a sense of tension and drama to the image.

Even though shadows were introduced deliberately to hide portions of the image it is not that obvious. However one can combine obvious shadows with hard directional light to create a completely different kind of image : 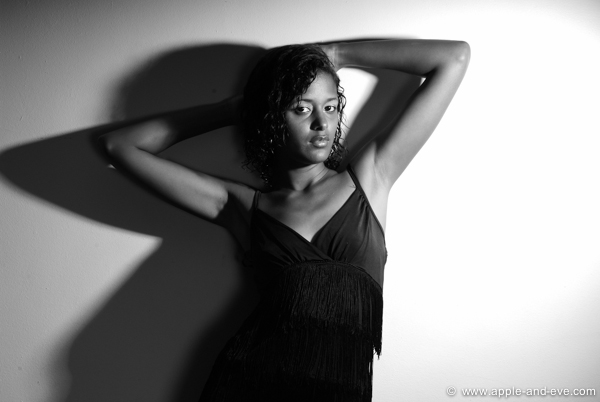 In this image hard directional light was used in conjunction with obvious shadows.

Soft, even, and diffused lighting also plays an important part in photography. We don’t always want to create a sense of tension or drama in an image. It is very often necessary or desired to create the opposite effect where the finest details in an image might not be required, or it might actually be desired to hide the finer details – as in the case of the following example :

In this type of image it is more desired to NOT reveal the finest details, and this is where soft, even, and diffused light plays a very important role.

Contrary to the first examples of using light to properly reveal details in flowers, there are also times when we want to deliberately avoid showing fine details in flowers – I know it sounds like I’m doing a 180 degree turn-about here, but have a look at my last example below : 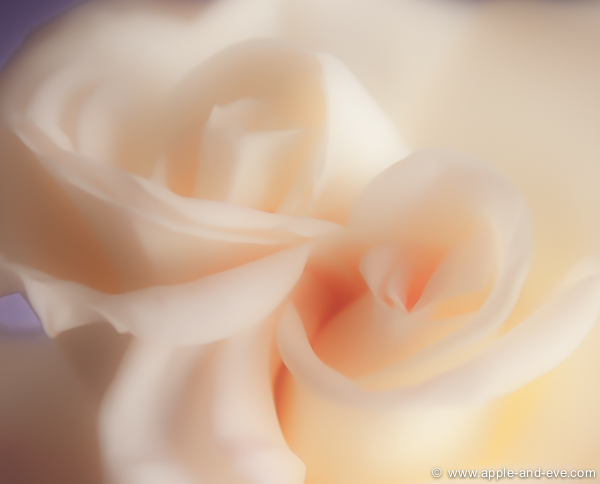 Soft diffused light from the side (natural light through a window) adds some gentle shadows, and creates a soft and dream-like feel to this rose.

In this example I went for the complete opposite effect than with the initial rose examples. Here the soft lighting gives the rose an almost surreal romantic look, much different than in the previous images. Here the lack of finer details actually adds to the dreamlike effect I was looking for. It makes you think of something romantic, like a wedding perhaps – don’t you think?

As mentioned before, lighting techniques in photography can fill entire volumes of books and manuals, but I hope to have sparked some interest in the topic with viewers.

As before, feel free to make some comments !