Don’t you just hate the way that marketers zoom into some (mostly) minor aspect of a product and start waving it in front of your nose as if this is the alpha and omega of what should determine your choice of product? One such thing is the megapixel count that a camera offers.A long time pet-peeve of mine, I really get annoyed when marketing material hails the high pixel-count of a camera as a benchmark for quality and desirability – nothing could be further from the truth. In fact, a high pixel count can often be considered as undesirable and something to be wary of. Don’t get me wrong – a high pixel count by itself is not necessarily  a bad thing, but it should be considered alongside all the other features and specifications of a camera and you need to understand the trade-offs that comes along with it – there’s no such thing as a free lunch. It is similar to the quoted power output of a car, it does not tell you anything about the quality, comfort, number of seats, or any other characteristics of the car. The 350 kw power output of a supercar sounds great but if all you want to use it for is driving to work in big-city rush hour traffic, then it might not be so great after all!

The pixel count of a camera’s sensor specifies the SIZE of the image that can be produced by the camera, nothing more – it certainly does not imply better quality. Put very simply, the pixel count will determine how big an image can be printed or displayed on a computer screen.

This image is 600 x 450 pixels, 270 000 pixels in size – far smaller than the size which even the simplest of cellphone cameras can produce.

The image above was shot with a 3.1Mp Nikon Coolpix E990 camera with the image size reduced in-camera to 1024 x 768 (less than 1 Mp) to reduce file size. This shows that if all you want to do is display images on Facebook, a website, or other social media, then a high pixel count is of no importance or benefit.

Another image shot at small size (less than half a megapixel) but perfect for website use.

What the Nikon E990 (used for the above image) lacked in pixel count (only 3.1Mp) it more than made up for with excellent image quality, low noise, and colour rendition. All of that came at a price and even though the pixel count is very low by today’s standard, this camera cost a whopping R10 000 new in 2000!

Now contrast the images above with the next two images, shot with a more modern P&S (point and shoot) camera costing far less than the Nikon above, but sporting an “impressive” 10Mp pixel count.

This image was shot with a 10Mp P&S camera.

The quality of the image above appears to be quite reasonable, but what happens if we crop the image to produce only part of the image ?

A crop of the original image clearly shows one of the possible negative effects of a high pixel count – terrible noise, the distracting specks spread all over the image.

As mentioned previously, there is no such thing as a free lunch, and very often a high pixel count in a camera may be paid for with reduced image quality. There are exceptions (which I will soon come to) but I am merely pointing out the fallacy that a higher pixel count necessarily means a better camera.

The bottom-line here is that if the intended use of a camera is run of the mill holiday and family pictures for use on Facebook and other social media, and if you do not intend printing images larger than A4 size, then do not let pixel count impress you – concentrate on other features of a camera when deciding what to buy.

However if you have the need to print large images, or if you might need to crop images severely, then all is not lost. There are cameras available that have a high pixel count and can still produce high quality images. Consider the following two images also shot with a 10Mp camera as the previous two images, but using a high quality DSLR camera intended for more than just casual happy snappies.

Another image shot with a 10Mp camera, but this time with a high quality DSLR.

The image above does not appear at first sight to be of better quality than the first image of the food above that was shot with a 10Mp P&S camera, but see the crop below:

A crop of the image above, but unlike the crop of the 10Mp P&S camera this one shows little sign of image degradation.

This image has retained far better image quality than was the case with the P&S camera. No surprise really as the DSLR used here is of much better quality that the P&S and also cost substantially more.

The following two images are a full and cropped version of a photograph, this time shot with an even more up to date 12Mp Nikon D700 DSLR:

An uncropped image of some party treats shot with a Nikon D700 at 12Mp. 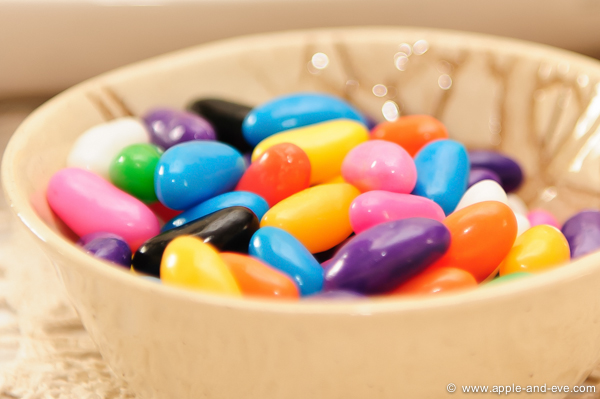 For professional photographers and serious enthusiasts there are a number of advantages in having higher pixel count cameras. They are more likely to want to print large prints at high resolution than the average consumer and then it helps to have a high pixel count image. Secondly, they may also want (or have) to crop their images regularly. Imagine a wedding photographer that has a good image of a bride and then spot a small piece of detail in the bride’s dress for which he has no detail image. He can now safely make a crop of the image at hand provided that he has a high pixel count image of high enough quality.

The latest high-end cameras of today are capable of very high pixel counts without sacrificing image quality. One such camera is the new Nikon D800 which sports an image sensor with an astonishing 36.1 Mp – a sensor size unheard of in a 35mm class of digital camera until very recently. Up till now image sensors of 30Mp and higher belonged exclusively in the domain of the super expensive medium format cameras. These cameras can produce images of exceptional quality – see the examples below:

A somewhat unremarkable image of a rosebud shot with the Nikon D800.

The test shot above by itself is not exactly a work of art but serves as an indication of what the latest breed of cameras are capable of as far as resolution is concerned, not the best example out there, but it demonstrates the point – see below a cropped version of this image: 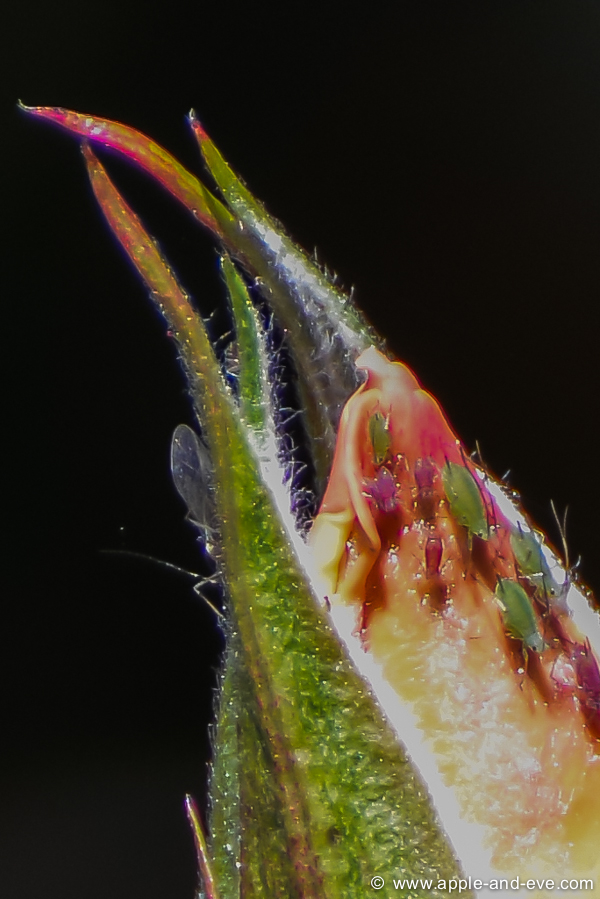 The top of the rosebud in the previous image cropped to show the detail – spot the little green bugs ?

Finally to sum up the gist of my message to you:

If you are looking for a camera to capture happy moments, have no NEED for very large files, and do not want to spend a fortune – then concentrate on features other than the megapixel count of a camera. Carefully consider the intended use of the camera and other features that a camera offers – sensor size should not matter to you.

If however you are a more serious camera user and do not squirm at the sound of high prices, then by all means you can consider the sensor size providing that the other important criteria such as low-light performance, dynamic range, etc. are met. High megapixel sensors also means that you require bigger and faster memory cards, a good computer to process your images, and lots of disk space. But then again, if you are a serious photographer you already know all these things!

So, coming back to my original question – does size count ?

2 comments for “Megapixels: Does size count ?”