I know what you’re thinking – but no, we were not about to slit our wrists at all. The “Blues” in the blog title simply  refers to some really nice music that we went to listen to last night! … We don’t like having a late night on Sundays before the start of a new week, so going out to music concerts on Sunday evenings is not something that we normally do, but this was different.

A local golfclub hosts a short music concert once a month on a Sunday, starting late afternoon and ending early evening. It is all very relaxed and informal – just the sort of thing you need to prepare for a new week 🙂 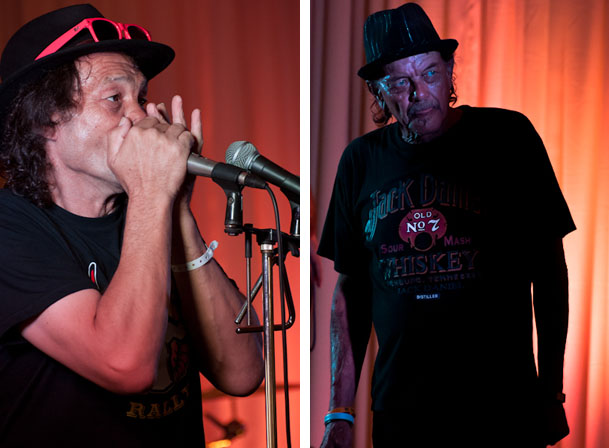 Left: Hidden behind the hands is a well-played harmonica. Right: The Lead Vocalist.

The main band providing the entertainment was “Boulevard Blues”, a popular local blues band. They did not restrict themselves to pure blues either and managed to entertain everyone present with a nicely balanced  repertoire. 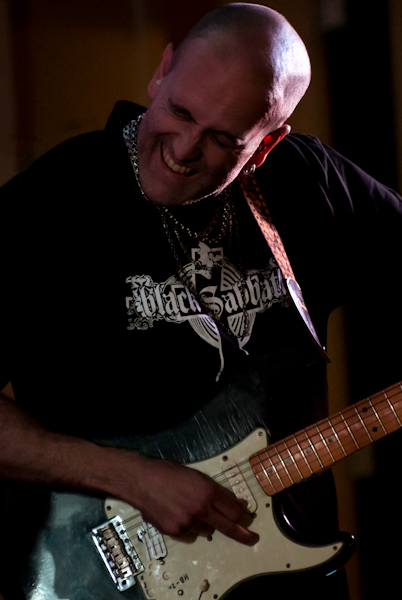 Greg Smith was playing the harmonica, while Dr. John was responsible for most of the vocals. They were ably assisted by Graeme Abbott on drums, Rob Stemmett on bass, and Richard Pryor the excellent lead guitarist.

Four guest artists also featured with the band and performed a number of songs. 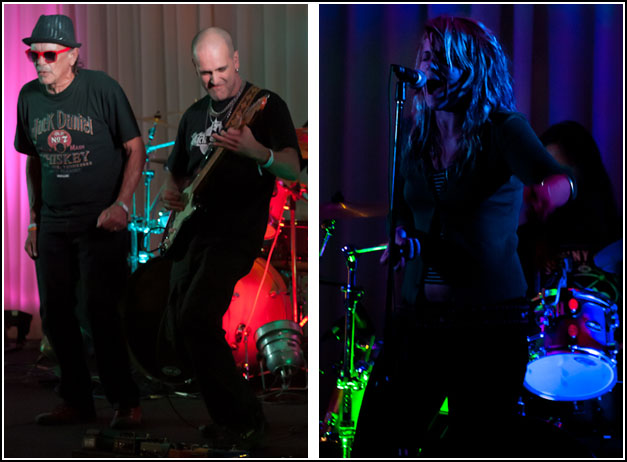 We had a great evening and thoroughly enjoyed the music. This is something that we will definitely do again ! 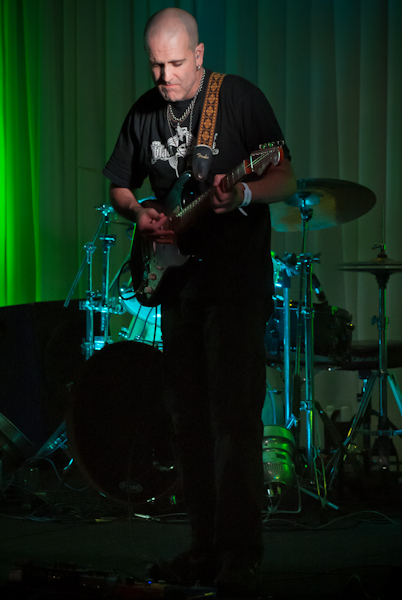 This guitar got a thorough workout !